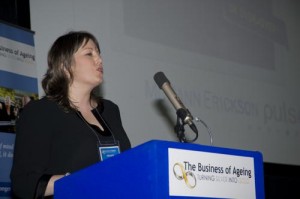 McCann Blue chief executive Orlaith Blaney will replace Aegis Ireland boss Liam McDonnell as president of the Institute of Advertising Practitioners in Ireland (IAPI) after the institute’s annual general meeting next month. Aidan Greene, managing director, MediaVest will be the new vice president. Bill Kinlay of Mindshare and Ken Ivory will both step down as board directors. The changes means there are three vacancies on the board.

Under IAPI’s articles of association each member agency has one vote, usually cast by the agency’s managing director. IAPI CEO Tania Banotti says the election will be transparent, with interested  candidates announced on the institute’s website, along with a biog and short statement on who is standing and why.

Banotti says that as to who gets elected, that issue is in the hands of institute members. But  in terms of having a balanced board of directors, people from the creative and digital side of the business and women candidates are encouraged to run. Nominations close on Monday week, October 14. Ballot papers will be circulated to agencies a week later and the closing date for receipt of ballot papers is November 8.

The AGM will be held in the Gibson Hotel on Tuesday, November 12.