Marketing.ie TV to launch with Puttnam and Abrahamson 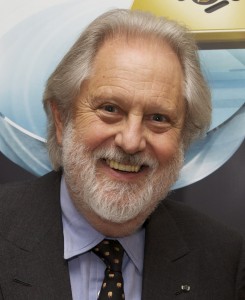 Exclusive interviews with film producer David Puttnam (pictured) and Irish film director Lenny Abrahamson feature in the new Marketing.ie TV series being launched on the magazine’s website next week. In interviews with Michael Cullen at the Sharks festival in Kinsale, Lord Puttnam talks about advertising, why Hollywood glamour gets in the way of good film-making and his love of Ireland. A Labour peer in the House of Lords, he explains why he supports a no vote in the Government’s referendum campaign to abolish Seanad Eireann.

Abrahamson talks about the Sharks and directing commercials and why Carlsberg Nightclub and The Irish Times remain his personal favourites. He talks about his movies, including Adam and Paul and Garage, which stars Pat Shortt in a straight role. He speaks candidly about What Richard Did and the controversy surrounding the film loosely based on the fatal assault on Brian Murphy outside the Burlington hotel in Dublin in 2000.

IAPI chief executive Tania Banotti also gives her take on this year’s Sharks. She remembers Lenny Abrahamson from her days in Trinity College as being referred to as “the thinking woman’s crumpet”. Marketing.ie TV will feature regular interviews with people involved in marketing and media in Ireland. The content for the video news profiles and interviews are produced and edited by Bullet Productions.

The brand identity was created by Dynamo and web development by Strata3.

Anyone interested in discussing sponsorship opportunities should call Marketing.ie on 01-280 7735.