Blaney to head up McCannBlue 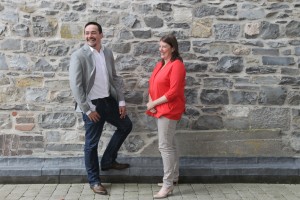 McCann Dublin and Blue Cube have merged to form a new agency operating under the name McCannBlue. From July 15, the new agency will be based in Grand Canal Dock. In a statement announcing the move, it was said “McCannBlue is not a digital agency. Nor an agency with digital capability. But a creative agency for the here and now”. Under the new structure, Orlaith Blaney of McCann Dublin will take the reins as CEO.

Blaney is vice president of the Institute of Advertising Practitioners in Ireland (IAPI), honorary secretary of the International Women’s Forum (IWF) and is on the advisory board of the Women’s Executive Network (WXN). Liam Kavanagh, president of the Dublin Chamber of Commerce and managing director of The Irish Times, recently appointed Blaney as his nominee to the Dublin Chamber of Commerce council.