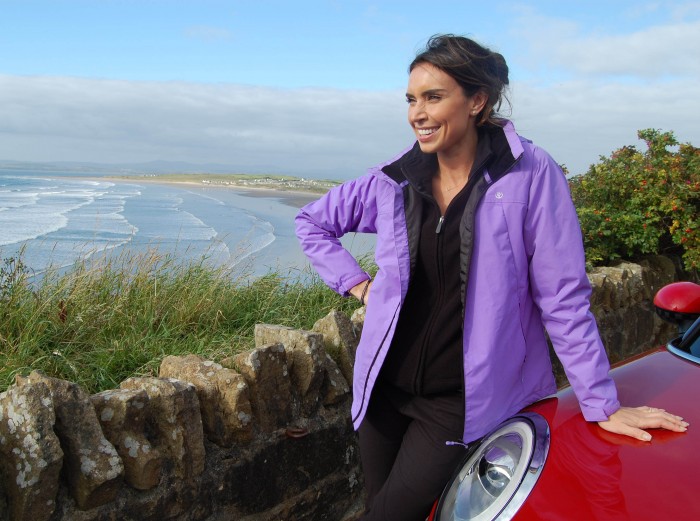 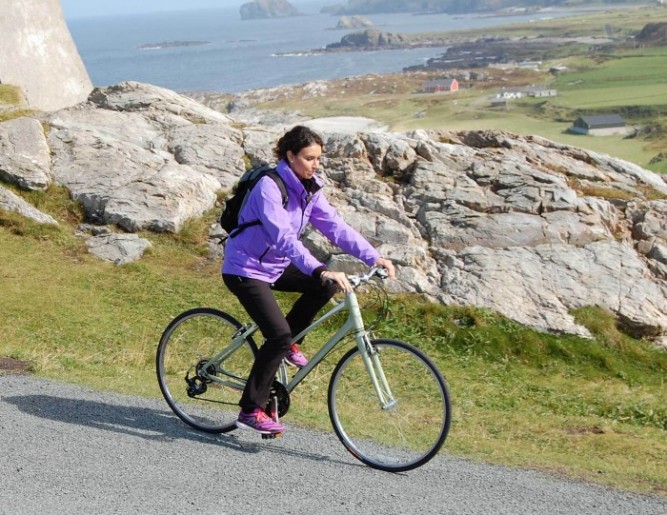 Christine Bleakley will set out on a trip along the west coast of Ireland in a new series premiering on UTV Ireland tomorrow night at 8pm. Wild Ireland is a six-part series in which Bleakley meets a host of characters, while discovering coastline and landscape, as she drives, climbs, hikes, kayaks and swims her way along Ireland’s Wild Atlantic Way tourist route.

Bleakley begins her journey from Malin Head in Co Donegal and will end her travels at Mizen Head in Cork. Throughout the series, viewers will see her climbing Knocknarea Mountain, visiting a large Cairn older than the Egyptian pyramids, learning how to sail a traditional Irish vessel and joining star-gazers at Dark Sky Reserve.

She will visit the Keshcurran Caves in Sligo, Connemara and the historic slate quarry in Valentia. More details are available at www.utv.ie, on Twitter and Facebook.