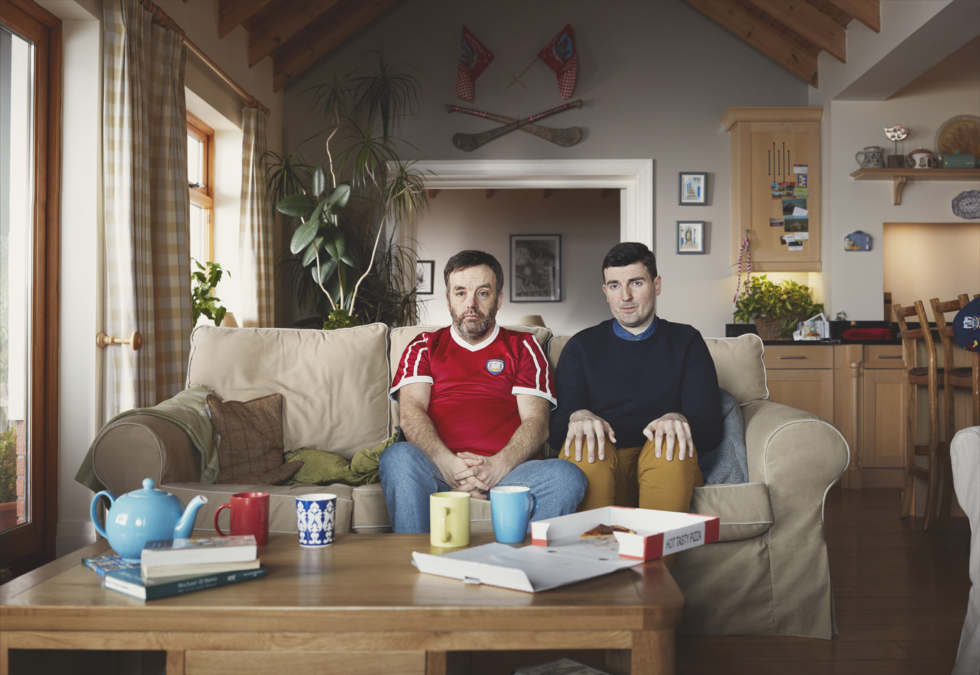 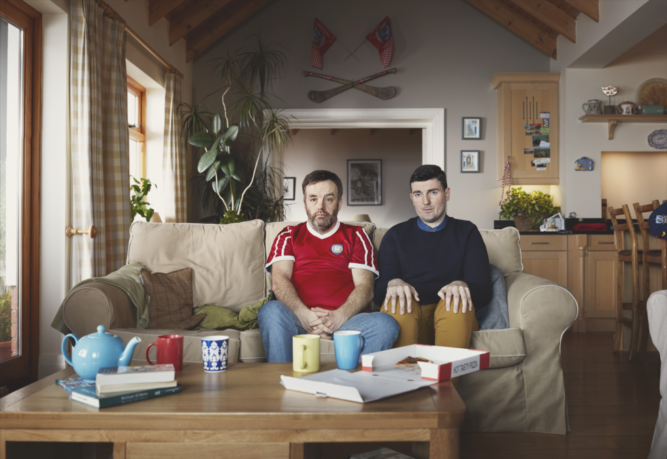 Bord Gáis Energy (BGE) has launched a new TV and print campaign, highlighting the benefits that over 260,000 members of its rewards club can receive, including an opportunity to get exclusive access to All-Ireland Senior Hurling Championship tickets. The 40-second TV ad stars comedian John Colleary (above left) of Savage Eye and Irish Pictorial Weekly fame.

Colleary is a dad watching a GAA match on the couch with his future son-in-law, who has failed to get him a ticket for the big hurling match. Sensing his not-too-subtle disappointment, the son-in-law is reminded that if he was signed up to the BGE rewards club he would have got tickets to the big match and his future father-in-law’s eternal gratitude.

The new ad follows on  from BGE’s ‘It’s Worth Thinking About’ campaign launched earlier this year.  Running until the middle of July, the new ad communicates the rewards on offer, including GAA hurling and Bord Gáis Energy Theatre tickets, rewards on Tesco Clubcard points and special offers on boiler servicing and Hive smart home technology.

The campaign was created by Publicis, led by account handlers, Sheena Denneny and Eibhín McLoughlin. Ronan Nulty was executive creative director, with Ross Giles as art director and Peter Dobbyn as copywriter. Mindshare handles the media. The client was Dermot Mulligan, acting marketing controller at BGE. The TV is supported by online activity.