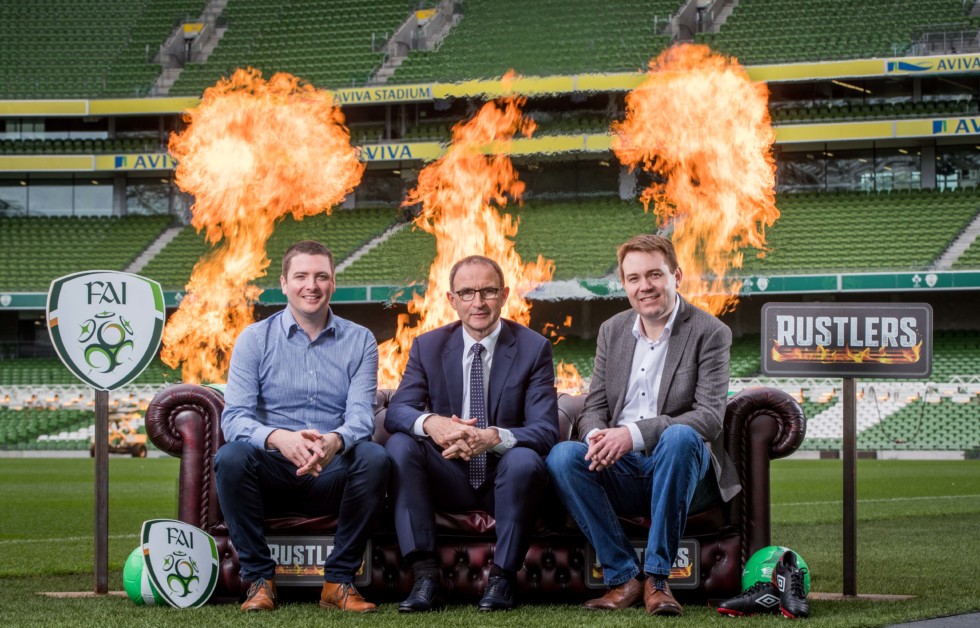 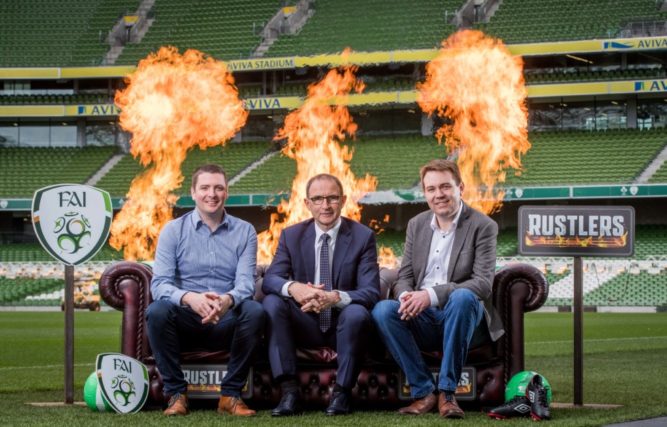 As the Republic of Ireland football team prepares for the important World Cup qualifier against Austria at the Aviva Stadium this Sunday, Kepak meat company has agreed an official sponsorship deal for its Rustlers flame grilled burgers with the Football Association of Ireland (FAI). As well the four-year FAI squad deal, the brand is the new title sponsor of the colleges and universities competitions to be re-launched in September 2017.

Brokered by John Trainor’s Onside agency, it marks the first major sponsorship deal for the food brand. First launched in Ireland in the late 1990’s, Rustlers is now available in supermarkets and convenience stores around the country, as well as in the UK, Germany, Belgium and Holland. Kepak, an Irish company set up over 50 years ago as a family butcher shop, backed Seán Boylan’s Meath GAA football team during the ‘80’s and ‘90’s.