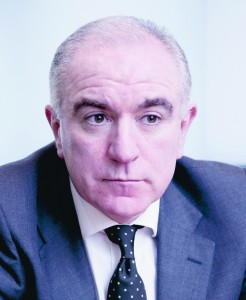 Gary Brown is to take over from agency veteran Pat Donnelly as chairman of Target McConnells. Donnelly is selling his interest in the agency to pursue other business interests. Brown and Target McConnells managing director Geoff McGrath worked together at Target Marketing for several years, during which time the agency built a vibrant business and won the An Post direct marketing agency of the year award four years in a row.

After selling his interests in Target to a consortium which included Pat Donnelly’s brother, Jim, he chaired the DDFH&B Group’s below the line services. Both Donnellys were among the founders of Target McConnells, which secured the assets of McConnells Advertising.  Agency clients include An Post, Diageo (Guinness and Budweiser), Tesco, Topaz Energy, Vodafone and Unilever. The agency employs over 70 staff.