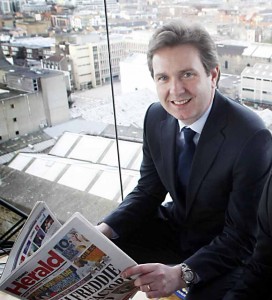 A native of Castlemaine, Co Kerry, he is a qualified barrister.

The Irish Independent has dominated the headlines this week with its release of the Anglo tapes.