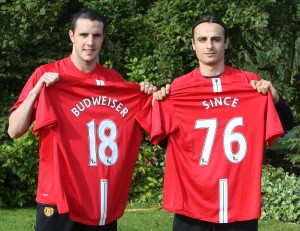 Budweiser has overtaken its major rival Heineken with a 27 per cent jump in brand value and a four place climb in the Brand Finance Global 500 league of world brands. Budweiser is now ranked 15th overall among the world’s top 500 brands with an estimated value of $21.28 billion.

The flagship beer in the Anheuser-Busch stable is now the world’s leading beer. Heineken is rated number two, down from its ranking of 62nd top brand to 43rd. Corona is now the world’s third top beer, having seen a 53 per cent rise jump in value, up 37 places to 184th on the list.

Heineken’s Amstel lager and the Belgian brew Stella Artois were down from 283rd to 336th and from 247th to 340th places respectively. Foster’s is now ranked 284th and Carlsberg 372nd. Coca-Cola was the top beverage overall at number three in the list with a worth of $34.84bn.