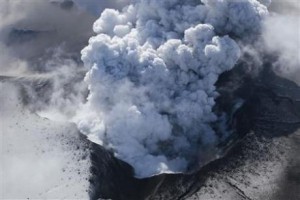 Telefónica O2 Ireland is waiving charges for standard text messages for customers stranded abroad because of the ongoing volcano situation. O2 subscribers will not be charged for texts from midnight tonight to midnight on Friday to help those unable to return to the country due to flight restrictions.

The free SMS offer is available to all customers on the O2 network that are currently abroad. O2 customers do not need to do anything as the charges will be waived automatically for the next three days.

Of the respondents directly affected, 42 per cent of them had to incur extra travel costs combined with the inconvenience of changing travel plans with 29 per cent having to pay unplanned costs for accommodation.  Some 16 per cent had to face higher parking costs than planned on their return home.

Many of the disruptive effects could not be valued in euros with 29 per cent of those directly impacted missing an event such as a wedding or family occasion.  Business plans also suffered with 16 per cent missing an important meeting.

iReach estimate that out of pocket costs to airline passengers came to €12 million over the six days of disruptions.  Costs to Irish airlines in re-reimbursing passengers will likely come to €24m.

Due to the media coverage about the disruption, there are improved levels of awareness with regard to travel insurance among the Irish public. Some 25 per cent of respondents (and the same number of those directly affected) understand their entitlements more than before the travel chaos.