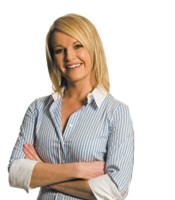 Claire Byrne will present RTÉ Radio 1’s late night political and current affairs programme, Late Debate, in the run-up to the general election from next Monday. Byrne currently presents The Daily Show on RTÉ One and has experience spanning 13 years in broadcasting in Ireland and Britain.

She began her career in radio and worked for the BBC in Jersey as a broadcast journalist before becoming news editor with Channel 103FM. She later worked in England as a news anchor with Channel 5 and ITN, before returning to Dublin to become a news anchor for TV3’s Ireland AM.

Byrne co-hosted Newstalk’s breakfast programme for four years during which time she covered the 2007 general election.  She is a regular host and MC at awards events and conferences. Late Debate will air Monday to Thursday on RTE Radio 1 from 10pm to 11pm.