Irish comedy The Crush made by freelance advertising creative Michael Creagh has been shortlisted for an Oscar in the best live action short film category in competition with four other nominees. The film tells the story of a schoolboy who is smitten with his teacher (Olga Wehrly). 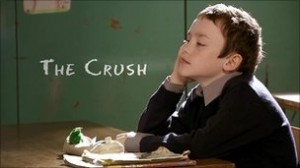 Belfast-born Creagh shot the 15-minute film in Skerries, Co Dublin. His son, Oran, plays eight-year-old Ardal, who challenges the boyfriend of his teacher, Miss Purdy, to a duel. The Oscars will will be announced in the Kodak Theatre in Los Angeles on Sunday, February 27.