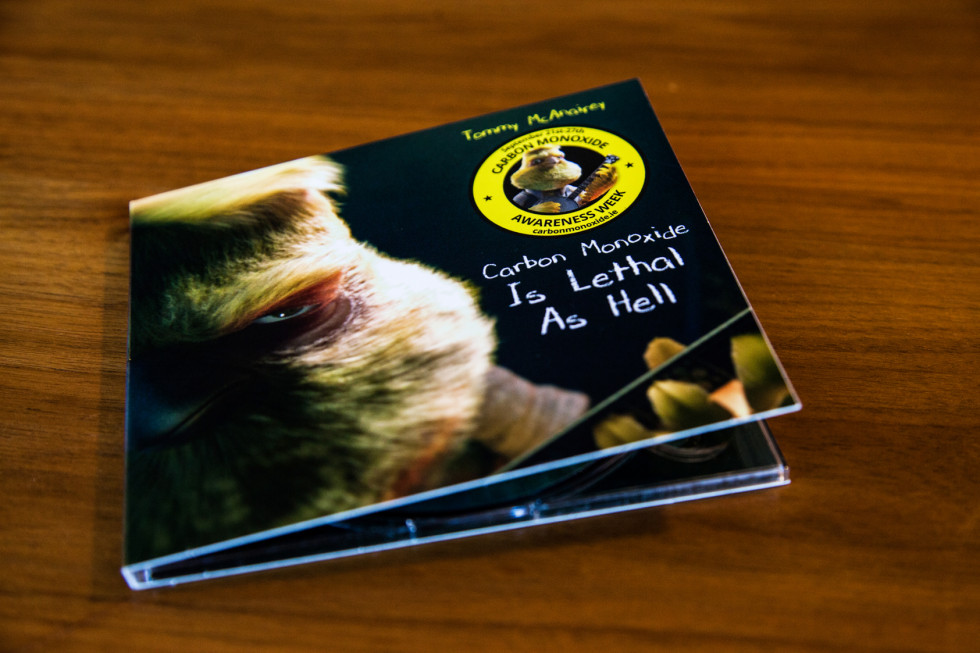 Tommy McAnairey, the animated canary character who fronts the Gas Networks Ireland (GNI) TV ads warning about the dangers of carbon monoxide, has won the international Institution of Gas Engineers and Managers (IGEM) Gas Safety Award at an awards show in London. The more recent GNI campaigns were created by Publicis with animation by Piranha Bar.

GNI’s safety campaign featuring the well-known fictional canary balladeer who has been raising awareness about the dangers of carbon monoxide poisoning for years was chosen as the winner for its ongoing demonstrated commitment to maintaining and improving the safety of gas network operations to safeguard employees, customers and the general public.

Independent research commissioned by GNI and conducted by Behaviour & Attitudes shows that three out of every four households in Ireland now own a carbon monoxide alarm, an increase of 200 per cent on 2014 when Rothco first created the Ronnie Drew-sounding Tommy McAnairey balladeer to launch GNI’s carbon monoxide awareness campaign.

Most homes in Ireland use gas, oil or solid fuels for cooking and heating. Boilers, cookers, solid fuel fires and other fuel burning appliances can produce dangerous amounts of carbon monoxide if they are not installed properly, are faulty or are not used correctly. B&A’s study indicates that awareness of the dangers of carbon monoxide is now as high as 92 per cent.

Carbon monoxide is an odourless, colourless gas that can be produced when any fuel is burned, including coal, turf, oil, gas and wood. At low levels it can cause sickness and at high levels it can kill in as little as three minutes. The ads urge people who already have an alarm at home to check their device on a monthly basis to make sure it is still in working order.

The award is the 32nd gong for the Tommy McAnairey safety campaign, having previously won three Sharks in Kinsale and three Art Directors of Europe Awards in 2021. GNI also promotes public safety through the gas escapes emergency service, which is called Dial Before You Dig, meter tampering and using a registered gas installer campaigns.

The current TV ad in the series with Tommy McAnairey is ‘Poxy Chores’.