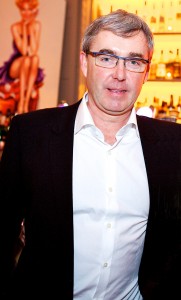 Chris Cawley has sold his five per cent stake in Cawley NeaTBWA and will soon step down as chairman. The move gives Omnicom’s TBWA full ownership of the Rathmines agency, which Cawley and David Nea set up 22 years ago. Cawley’s career in adland included working in despatch at Peter Owens and then in client service at DDB in New York and CDP, before joining Dimension, to work alongside Gary Joyce and Roddy Rowan.

Cawley Nea marketed itself as a new, vibrant force in Irish advertising, with its go-ahead directors hailed as mavericks. Nea was an ideas man with a media pedigree, while Cawley was a driven ‘suit’ well versed in the a-z of client service. The agency soon created a lot of noise and won major accounts like C&C and Tayto and some of the best local talent was hired. Cawley Nea won the Marketing Advertising Agency of the Year in 2000.

Two years later, Cawley Nea was snapped up by Omnicom’s TBWA network. Commenting on his decision, Cawley said that after “33 amazing years” in advertising he was moving on in a new direction. While he had taken a backseat at the agency following the appointment of Deirdre Waldron as managing director, he was proud to have helped put the new team in place, which he says is “the most talented” in Irish advertising today. 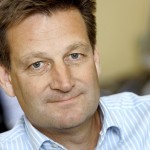 In another major piece of industry news, Brian Hayes has announced that he is stepping down from his position as CEO of Havas Worldwide’s Dublin office. His departure is the culmination of a process which commenced this time last year when he told the Havas board of his plans. The agency is now led by Ground 4D founder Padraig Staunton, who became managing director last year. Hayes is a former managing director of Young Advertising and also worked in client service roles at Des O’Meara & Partners and Adsell Advertising.

A native of Dundalk, Co Louth, he is a former IAPI president.