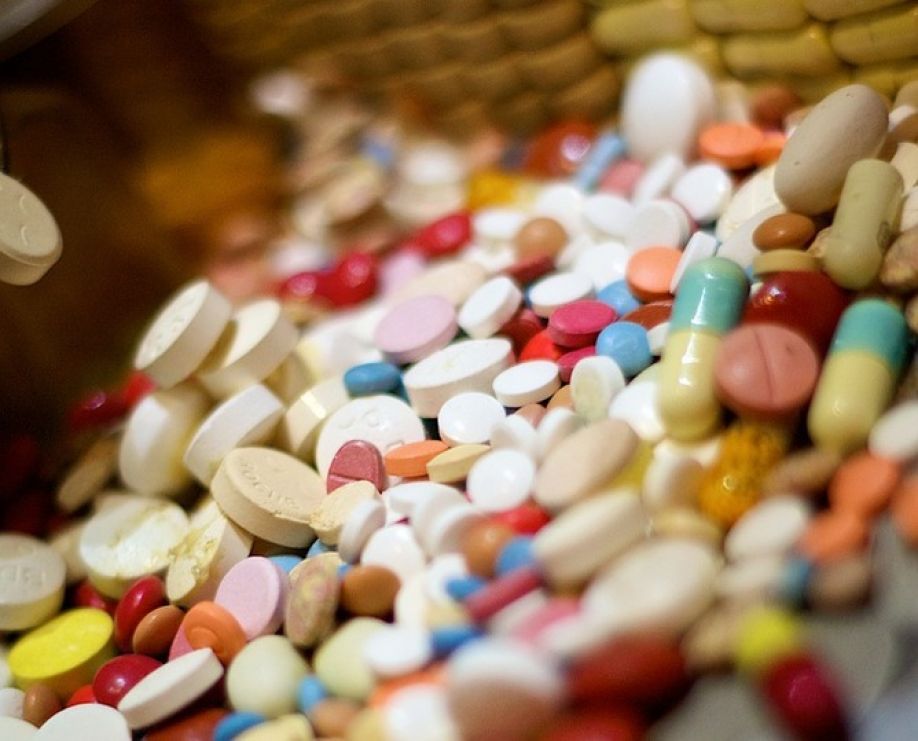 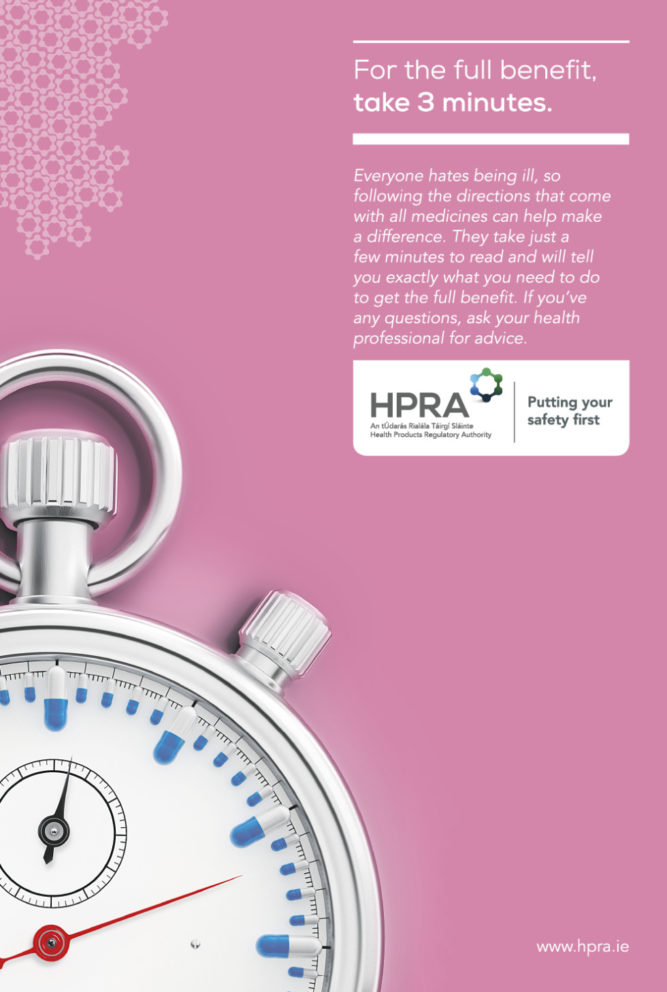 The new Health Products Regulatory Authority (HPRA) campaign encouraging consumers to read the directions that come with medication was created by Cawley Nea\TBWA, with media by Mindshare. The work followed on from a pitch for the business involving Irish International on the creative front and Initiative, MediaVest and OMD for media buying and planning.

As many consumers don’t read the directions properly and consequently lose the full benefit of the medicine prescribed. Cawley Nea\TBWA’s pitch-winning idea framed the task of reading the directions as something which can be achieved in as little as three minutes. The press and digital ads show a stopwatch with pills to denote the numerals.

Radio ads go out around mealtimes, a time when people are most likely to take or administer medication. The ads were art directed by Cian Tormey, with copy by Niall McDonnell and Adam Crane as creative director. On client service, Linda O’Connell was account director and Niamh McDermott senior account manager.

The producer was Ana Baena Sanchez.

HPRA regulates the sale of medicines for humans and animals, along with medical devices and clinical trials and was previously known as the Irish Medicines Board (IMB).