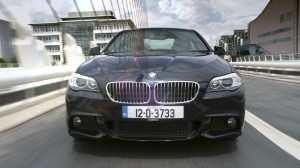 Cawley NeaTBWA’s good fortunes in acquiring new business in recent months show no sign of abating with the Omnicom-owned agency adding BMW Ireland. The business includes the luxury German marque and the Mini car brand. The agency, which competed with Publicis, Target McConnells and the incumbent, Chemistry for the account, previously handled Audi before its move to Atomic at the end of 2012.

Elsewhere in adland, Irish Life has made progress with its creative advertising review. The Canadian-owned insurance company saw credentials from eight agencies earlier this year. The list has now been narrowed down to four agencies, namely Boys and Girls, DDFH&B, Javelin and the incumbent, Chemistry. Irish Life is set to brief the agencies in the next few weeks. The review is managed by Brian Sparks at Agency Assessments.