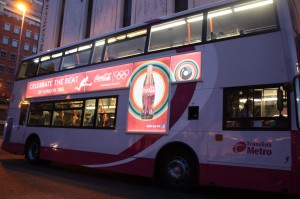 CBS Outdoor Northern Ireland has launched Ireland’s first fully back-lit Led bus t-side trial. The contractor partnered with Coca-Cola for the trial, delivering its Olympic message to over 650,000 people in greater Belfast.  The trial will run alongside Coca-Cola’s Olympic campaign on standard t-sides during the Games.