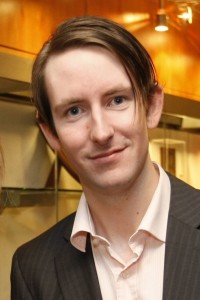 Checkout, the grocery trade monthly, won two awards at the Irish magazine awards 2009.  It won the B2B category for titles over 5,000 circulation and its editor, John Ruddy, won the B2B magazine editor of the year.

Maternity & Infant was named consumer title of the year for magazines with circulations of under 15,000. Website of the year was garden.ie

Mr Tayto too much for bankers
AAI looks ahead with Love