Mr Tayto too much for bankers 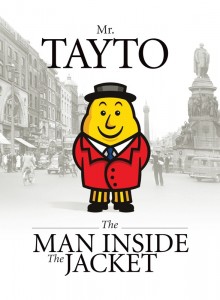 Mr Tayto’s autobiography The Man Inside the Jacket was the bestselling book in Ireland last week over all categories, beating The Bankers by Sunday Independent business editor Shane Ross by over 1,100 copies.

Released in October,  Mr Tayto’s book sold 3,199 copies up to last weekend which made it the bestseller across all categories, ahead of The Brightest Star in the Sky by Marian Keyes which Nielsen put at 2,879 copies.

In third place was Eclipse by Stephanie Meyer, 2,589 copies; The Girl with The Dragon Tattoo by Stieg Larsson, 2,214 copies and The Guinness Book of Records, 2,185 copies and The Bankers at 2,009 copies.

Mr. Tayto will be signing copies of his book in Tesco in the Dundrum Town Centre from 4.30pm this Friday and at the Gourmet Bank on Braemore Road in Churchtown from noon to 1.30pm on Saturday.

A contribution from each book sale goes to Aware.