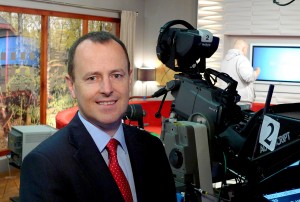 Former RTE head of sport and Setanta co-founder and chief executive Niall Cogley has been appointed director of broadcast at TV3. Cogley joined TV3 last summer as broadcast events director to oversee the station’s coverage of this year’s Uefa Europa League final at the Aviva Stadium in Dublin.

In his new role, Cogley will be responsible for TV3’s strategic development of broadcast operations, including engineering, technology and distribution. He will take charge of the station’s new HD studio due to come online next year. He takes up his new post at the start of next month.