Diageo has introduced a new Smithwick’s beer with the launch of Smithwick’s Pale Ale, the first addition to the brand since 1983. It is brewed using aromatic Amarillo hops, pale ale malt and the same yeast used in the traditional Smithwick’s ale. Last year the brand synonymous with Kilkenny celebrated 300 years of brewing. 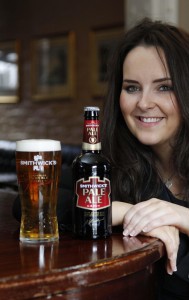 Smithwick’s senior brand manager Graham Villiers-Tuthill said consumers are looking for a more full-bodied taste. Available in 350 outlets in draught and bottle, the launch is supported by a marketing and advertising campaign, including sampling at a number of selected outlets nationwide.

Outside of Ireland, Smithwick’s is the top imported ale in North America. Diageo has previously developed a number of new beers and off-shoots from established brands, including Kilkenny Irish Beer, Breo and a series of Guinness stouts. The advertising was created by DDFH&B Group’s Goosebump with media by Carat.