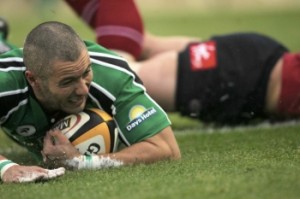 Mazda has replaced Bank of Ireland as shirt sponsor of Connacht Rugby after 14 years. While no details have been disclosed, the deal is understood to exceed the €100,000 annual fee the bank paid out. The deal will see the use of Mazda cars for Connacht players and club officials, a report in today’s Irish Times claims.

Aer Arann will continue to appear on the back of Connacht jerseys. While the province has been a part of the Magners Celtic League in recent years, the club is set to compete in the more lucrative Heineken Cup for the first time this season. Bank of Ireland recently extended its shirt deal with Leinster until 2015.