His new BBC show may have got off to a lively start but Ryan Tubridy’s morning show on 2fm weekdays continues to lose audience. The latest JNLR survey by Ipsos mrbi indicates the two-hour show which Tubridy took over from Gerry Ryan recorded a drop of 16,000 listeners in the 12 months from July last year to June this year, compared to the figures from April 2010 to March 2011. Tubridy on 2fm now has 186,000 listeners. 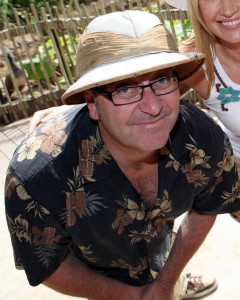 The report had more bad news for 2fm, with Hector O hEochagáin’s breakfast show down by 7,000 listeners and Colm Hayes (pictured), who presents the last hour of Gerry Ryan’s former slot, down by 12,000 listeners. Over at Today FM, despite losing 6,000 listeners, Ray D’Arcy is faring better over the morning three hours with a total audience of 212,000. Aside from 2fm’s disappointing results, RTE Radio had 19 of the 20 top shows.

FM104 made the biggest gains in the capital, with an increase in its share by one point to 12.4 per cent. Dublin’s newest music station Radio Nova has a weekly reach of ten per cent with about 120,000 listeners. It increased its market share among 35-44 year olds by 55 per cent, with a 14 per cent increase among 35 year olds and over. Highland Radio continues to be the top local station at 63.5 per cent, a gain of 1.8 per cent.

Paul Moran of Mediaworks said the report is good news for RTE Radio 1 and local stations. The locals now have over 55 per cent share of listenership. Newstalk has largely remained static which is a disappointment as they continue to operate off a modest listener base and should be growing. Moran expects both 2fm and Today FM to review their schedules in a bid to stop the haemorrhage of listeners from their key shows.