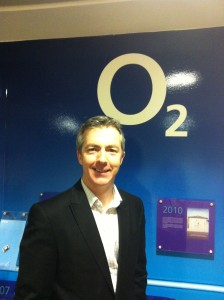 Three quarters of smartphone users check their mobiles before getting out of bed, new research from O2 Media shows. O2 Media, Telefonica’s mobile media arm of O2 Ireland, recently bought by Hutchison Whampoa’s Three, has produced an infographic based on a survey into the smartphone habits of its customers. The study points to how mobile can prove an important marketing channel for advertisers.

The research shows 90 per cent of people with smartphones sleep with their phone within reach; 75 per cent check their mobile while still lying in bed in the morning and 64 per cent do so every half hour. Other findings from the study indicate 81 per cent browse the web on the go and 64 per cent use their phone to explore and book travel and hotels. Half of the sample said they made online purchases using their mobile.

Three out of five often use free wi-fi connections provided in-store. Some 40 per cent would make a store their first choice if it offers free wi-fi, 96 per cent would redeem a voucher sent by mobile and 81 per cent recall receiving some form of mobile ads. Fintan Lonergan (above) of 02 Media said with 80 per cent of customers positive about receiving deals and coupons on their phone, mobile is “where it’s at” for engagement.

Consumers have already switched their time and attention to this always-with-you, always-on medium.