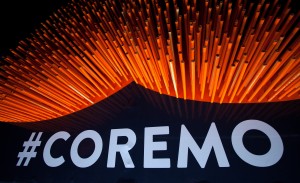 Core Media’s idea to raise money for Movember by becoming the first office building to grow a moustache that gets bigger the more online donations are made has raised €6,725 so far. Core partnered with client Procter & Gamble and its Gillette brand to raise funds for men’s health awareness during the month of November. With each donation pledged, the interactive ginger moustache on the agency’s fifth floor grows in size.

It is thought to be the first time anyone has tried to grow a moustache on the side of a building that increases in size and lights up at night. Real-time progress of the moustache at 16 Sir John Rogerson’s Quay in Dublin can be tracked on the agency’s website at http://www.coremo.ie/. By visiting the site, anyone can contribute to the Movember men’s health awareness campaign and see Core agency staff members’ involvement.