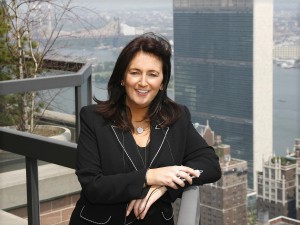 The Irish League of Credit Unions (ILCU) has managed to make it to the shortlist for a European Excellence Awards (EEA) in communication for their work over the last three years on the ‘What’s Left’ tracker research. The ILCU’s head of communications, PR and marketing communications Mandy Johnston (above) says the quarterly campaign focuses on the impact of austerity on Ireland’s disposable income.

The campaign gives a voice to those hardest hit by the austerity regime while also examining how disposable income has been affected and the financial challenges facing Irish families during recession. The campaign has been running since April 2011 and involves print, broadcast, web and social media elements. The ILCU was the only Irish communications campaign shortlisted for an award in the UK and Ireland category.

During the voting session and a two-day jury meeting, the jury decided which nominations to shortlist and who will be the recipients of the European Excellence Awards. http://excellence-awards.eu/

The awards ceremony will take place in Munich’s Postpalast on December 5.