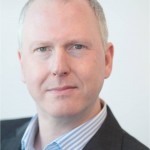 “Each section of the business is doing its own thing,” the Core Media boss said.  “The research provides us with data about who sees ‘this’, reads ‘that’, or listens to the ‘other’, but precious little about how different media exposures work together to create consumer intent.” Cox said the approach needs to change if the system is to serve its purpose in ten years from now. The challenges are many but “it will be cracked”.

Media consumption is growing fast due to the consumption of digital technology and the meshing of different platforms. Young adults are spending 25 per cent more time with media than five years ago. The trend is set to grow by a further 35 per cent in the next five years. Cross-media research practices are light years behind the new reality. Cox also called on the various representative bodies to come together and create critical mass.