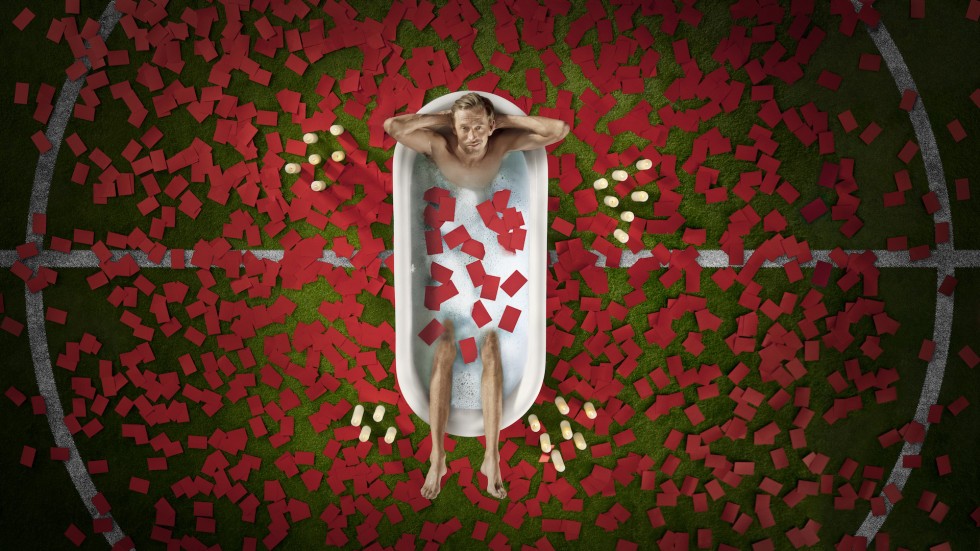 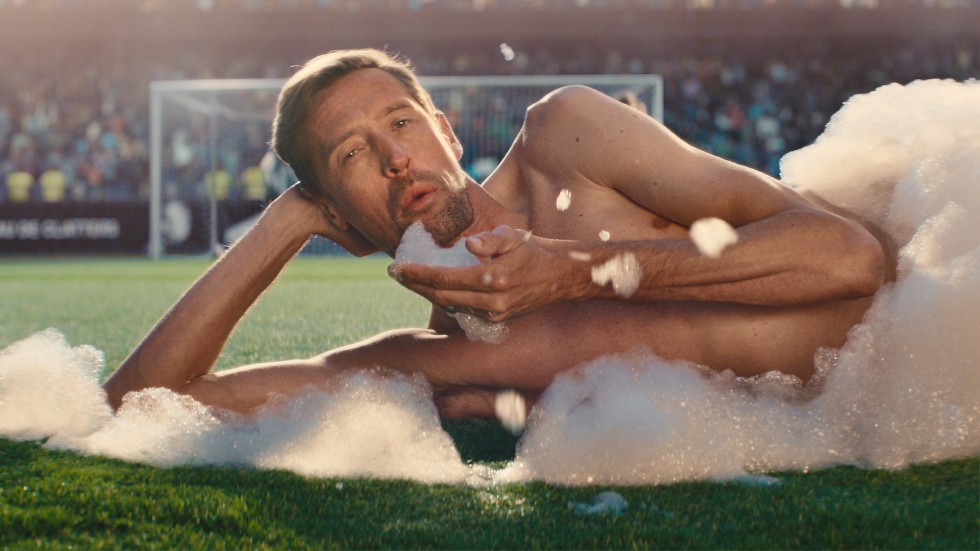 The World Cup ref co-stars as the catalyst for the BT punter’s affections, those joy-making, heart-breaking moments that occur during the 90-minutes of a match. Paddy Power celebrates the little moments that bring football fans to their knees or cry out in ecstasy, reminding fans of the unheralded incidents that prompt our most passionate reactions.

Created by Accenture Song’s Droga5 London, the in-camera and digital SFX created a cinematic film which lets the humour and brand shine. “It’s a nostalgic romcom-tastic tale of romance, fantasy and our unwavering true love for all parts of football – if Harry Met Sally at a Spurs match,” said Michelle Spillane, brand and marketing director at Paddy Power.

Sitting in the pub and triggered by a red card, Crouch is swept away into a football fantasy that takes him into a  spectacle. He lies in a bubble bath scattered with red cards on a candlelit halfway line as he gazes suggestively down the lens. Submerged in bubbles, a la American Beauty, he confesses he loves it when the Geordie ref “sends [players] for an early bath.”

He then moves his attention to the corner flag, making moves that would make Channing Tatum blush, admitting he loves it when Clattenburg lets “the corner flag take centre stage.” Clattenburg – sporting a “Sweet FA” referee kit – stares seductively as he sprays some vanishing free kick spray. Crouch admires his control, followed by a VAR decision.

The ad ends as Crouch and Clattenburg recreate the lift from Dirty Dancing.

You can see the ad ‘Love Football. Intimately’ at https://youtu.be/H1t5BINqD5I