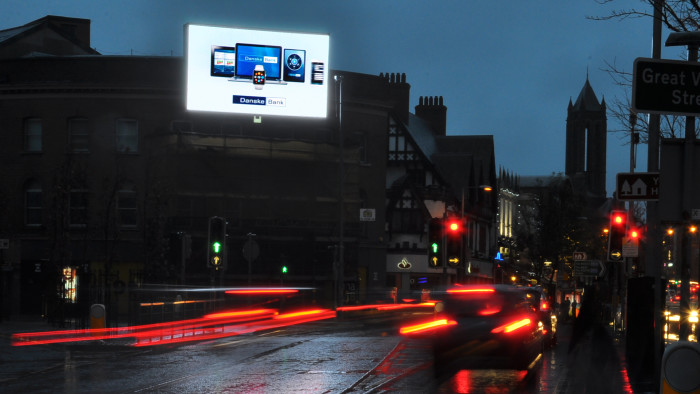 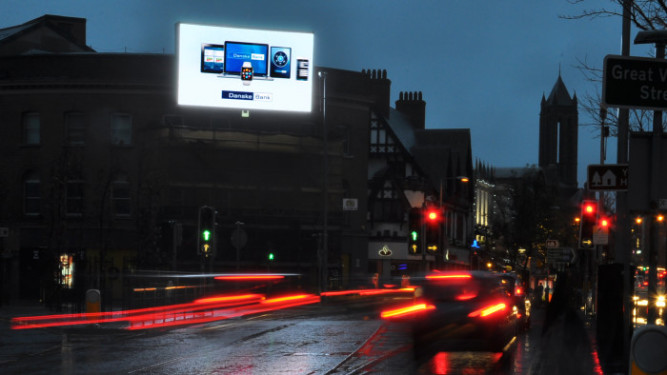 Danske Bank has kicked off the New Year with a take-over campaign on an all-new roadside digital out of home (DDOH) media screen in Belfast. The screen is the first roadside DOOH ad of its kind to launch anywhere on the island of Ireland. Measuring almost 30 square metres, the display is situated on Shaftesbury Square in downtown Belfast.