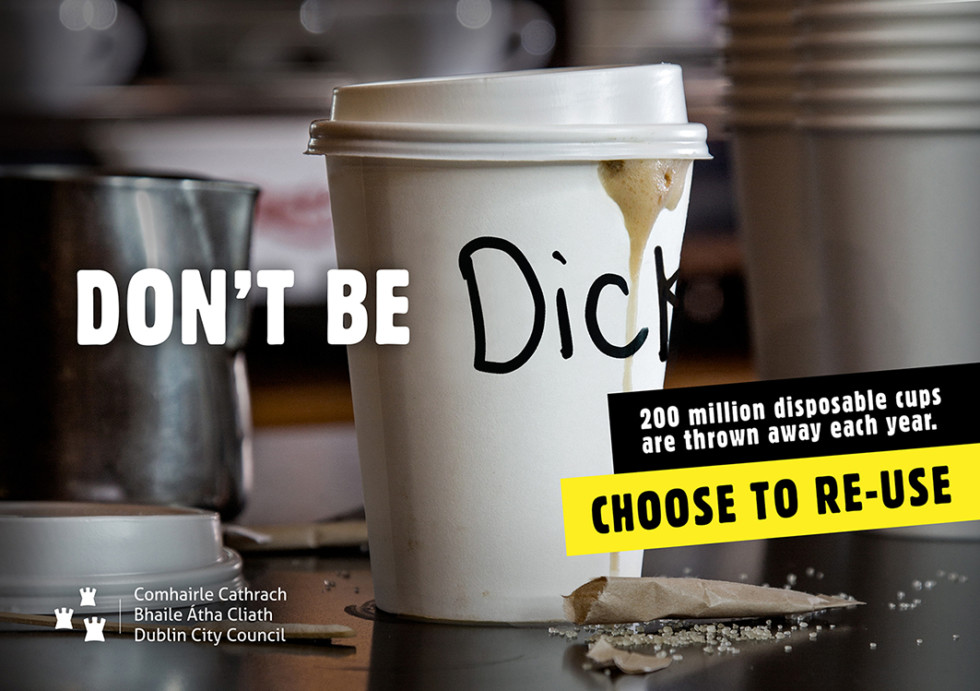 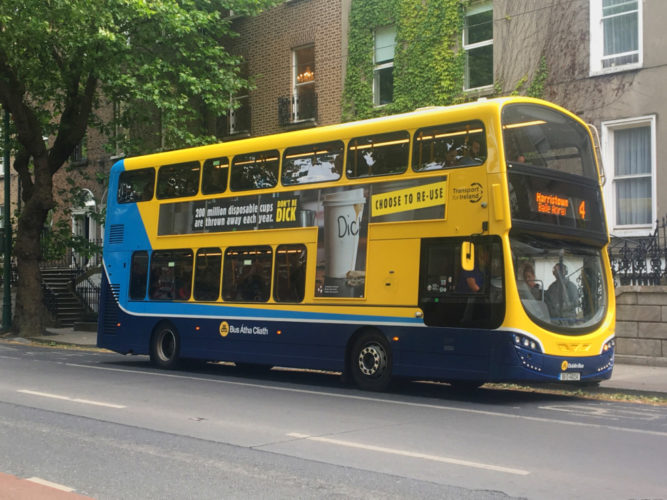 Three local authorities in Dublin have launched an awareness campaign aimed at tackling the growing environmental issue of disposable coffee cups in and around the capital. Most disposable cups are made from paper with a plastic lining to make them waterproof in order to hold hot drinks. As a result, they are unsuitable for recycling in Ireland.

With Irish people using in excess of 200 million disposable cups every year it is having a seriously negative impact on our environment. To further compound the issue, disposable coffee cups have become a major source of on-street litter across Dublin. A new campaign, developed by JWT Folk and Carat, aims to tackle the problem.

The three-week campaign, ‘Don’t Be Dick’, highlights how people’s careless actions can have serious consequences on the environment and asks consumers to think about their coffee drinking habits in a new way. The campaign will run across radio, Dublin Bus, cinema, digital and social media and is funded by Dublin City Council (DCC), South Dublin County Council, Fingal County Council and the Environmental Protection Agency.

To view the video, see HERE

View all posts by Michael Cullen →
Core to invest €7.5m in business revamp
Concannon to head up Government global project