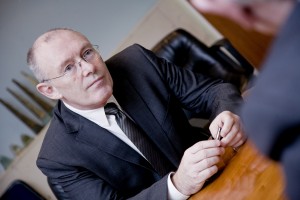 DDFH&B is expected to buy McConnellsintegrated for an undisclosed sum in a bid to avoid a possible collapse of the business first set up by the McConnell family in 1916. Industry sources indicate that DDFH&B-JWT, run by executive chairman Jim Donnelly, may acquire parts of the business while other group interests may close.

Either way, DDFH&B will run the agency as McConnells, along with MCM, the group’s media buying division. Jim Donnelly’s brother, Pat Donnelly, is  to run the business in place of Stuart Fogarty, son of industry pioneer, Aubrey Fogarty. Stuart Fogarty bought McConnells and joined it up with AFA O’Meara.

Pat Donnelly moved to MCM as head of its media business in recent months. Before that he ran Core Media, set up by the Publicis group and MCM. Core was only recognised by RTE last week after MCM left the group. Donnelly sold AIM to Aegis-owned Carat in 2002 and set up Channel 6 (now 3e), which he sold to TV3.

The McConnells deal comes as no surprise in adland given Pat Donnelly’s efforts to develop volume in media buying services. DDFH&B has a 50 per cent take in the WPP-owned Mindshare and Jim Donnelly is the biggest shareholder and only remaining founder in DDFH&B, which started back in 1983.

DDFH&B had gross client billings of €114.6m and a group turnover of €45.17m for the year to the end of 2008, with a pre-tax profit of €3m. The group employs 118 staff and includes below the line firms RMG Target and BespokewithDirection run by former Shelbourne FC chairman Gary Brown.

Set up in 1983, DDFH&B is 72 per cent owned by management, including managing director Miriam Hughes, client services boss Aidan Duffy and planner Paddy Barry; JWT owns the other 28 per cent.  The agency was a twice winner of the Marketing Agency of the Year award and is among the country’s top agencies.

McConnells employs over 80 staff. As to how many jobs may go from the takeover is hard to fathom. McConnellsintegrated was formed from the purchase of McConnells two years ago. Although Fogarty insisted on saying the €30m deal was “a merger” it was widely accepted in adland that it was a reverse takeover.

The exit of a number of a number of senior staff members, including those who left to set up Boys and Girls, namely Pat Stephenson, Fiona Scott, Chris Upton, Patrick Meade and Margaret Gilsenan, proved a morale blow to McConnells. The new agency pitched for McConnells’ client, Dundrum Town Centre – and won it.

The company has been engaged with its two main bankers, Ulster Bank, which Fogarty has had long links with and also AIB, which the agency has handled following its tie-up with McConnells, over recent few weeks in an effort to sort out its debts. In tandem with these negotiations, Fogarty had takeover talks with the Donnellys.