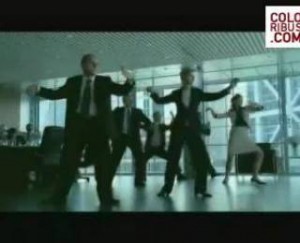 Zurich, the worldwide financial services group which formerly traded in Ireland as Eagle Star insurance, has appointed Javelin to handle its creative advertising account following a three-way pitch with new agency Boys and Girls and the advertiser’s incumbent, Cawley NeaTBWA.

Publicis is the global agency for Zurich but as Publicis QMP in Dublin handles FBD and VHI Healthcare they were not involved in the review which was managed by Brian Sparks of Agency Assessments. Presentations were made to a Zurich marketing team headed by Fiona Nichol.

Javelin is an independent Irish agency, first launched in 1986 by Paul Myers and a team which included current directors Joe Dobbin and Conor Kennedy. Clients include Toyota, An Post, Irish Ferries and Unicef.  Overseas, Zurich widely uses the line ‘Because change happenz’.

A provider of general and life insurance policies, Zurich was founded as a marine insurer back in 1872 before moving into accident and other areas of cover. In 1974, Zurich became the first insurer to launch telemarketing services in its native Switzerland.