DIT graduate Sinead Dennis has won the inaugural title of IAPI One to Watch and a place at the international summer school of advertising in Barcelona in July. The school in Spain will include workshops held by Paul Burns, Saatchi & Saatchi, Mickey Denehy, Gurdeep Puri and Steve Henry, creative director of HHCL. 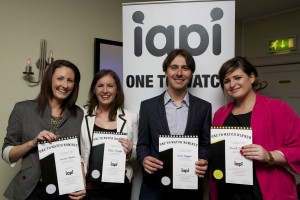 Dennis said taking on the IAPI/DIT postgrad programme was the best decision she had ever made, allowing her to do something she loved. She works on client service at Cybercom and was previously with The Larkin Partnership. Dennis plans to post regular updates from her time in Barcelona on the IAPI blog.

IAPI chief executive Sean McCrave said the course was created in response to a chronic shortage in the advertising industry for skilled staff. Instead of adding a digital module to the existing diploma, it was decided to start from scratch with a root and branch review of the entire night time course.

Digital was incorporated into each module to promote integrated campaigns. Since graduating, some of the 14 students had changed jobs, or were promoted. Others made major moves in their advertising career; 93 per cent of the class is now fully employed in adland. 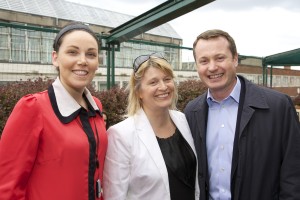 McCrave said demand for the course is high and IAPI is already accepting applications for the coming year, three months ahead of normal. More information and application forms are at www.iapi.com.