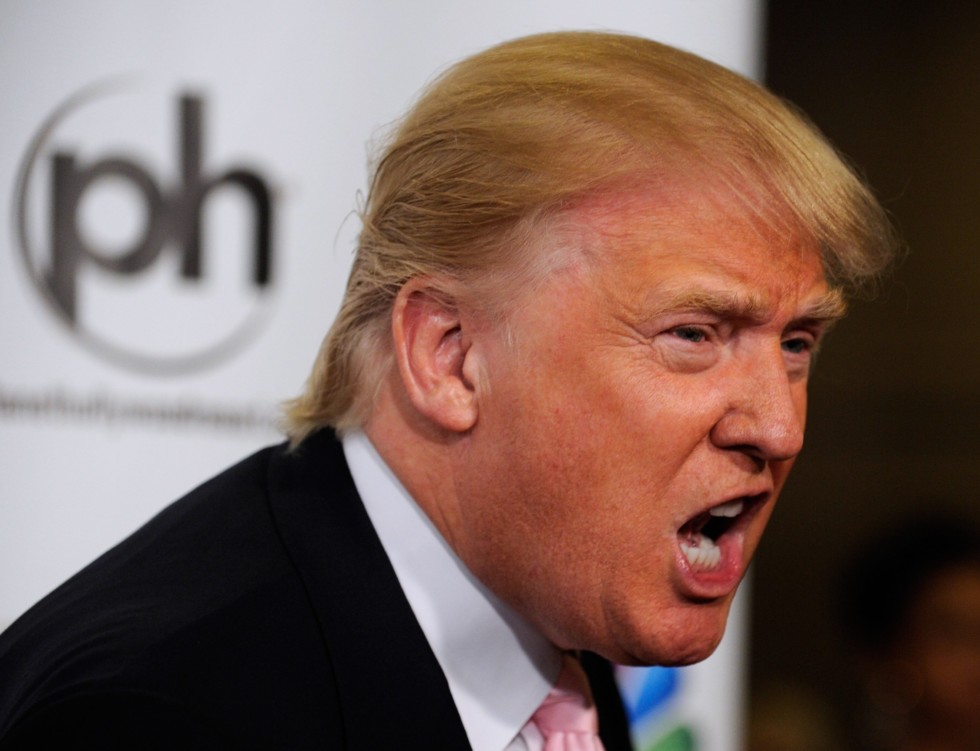 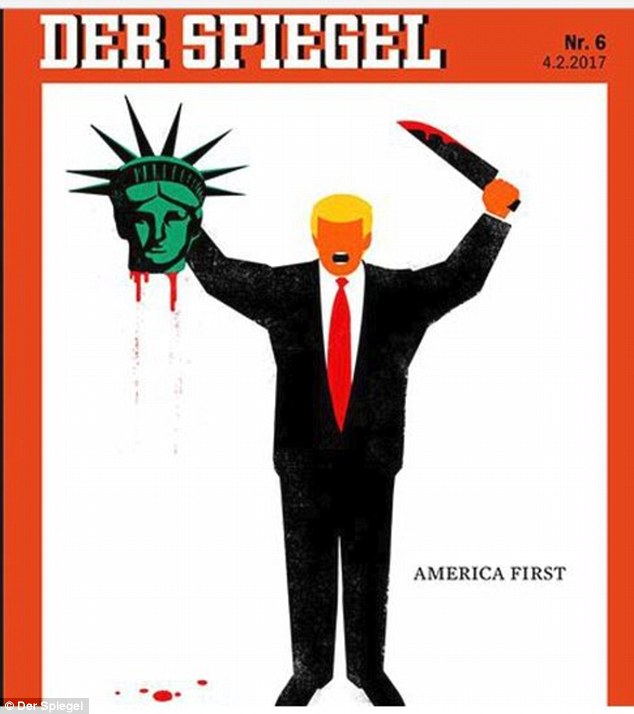 The image conjures up comparisons to Islamic State henchmen in Iraq and Syria who have videoed beheadings of prisoners. The illustrator, Edel Rodriguez, told the Washington Post he drew the image to say “Trump was beheading American democracy”. He said he felt he had to create the cartoon given that he had come to the US as refugee from Cuba in 1980.

Trump has faced widespread condemnation from world governments and domestic critics over his decision to issue an executive order banning the admittance of refugees from seven Muslim-majority countries for 90 days. A court in Seattle has ruled that the order be immediately suspended as it was in direct breach of the US Constitution.