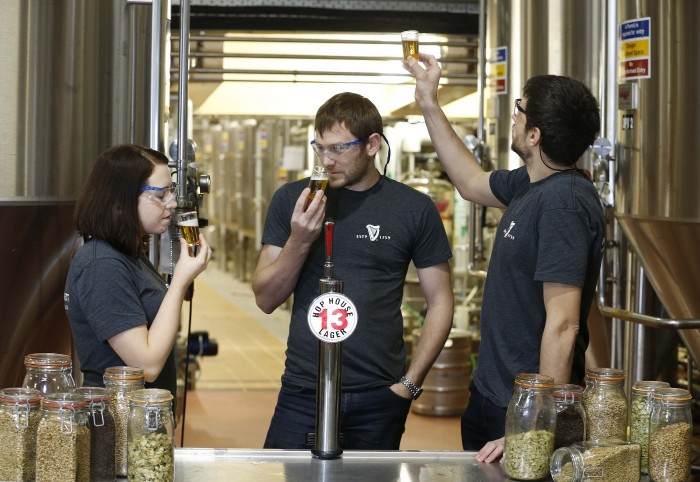 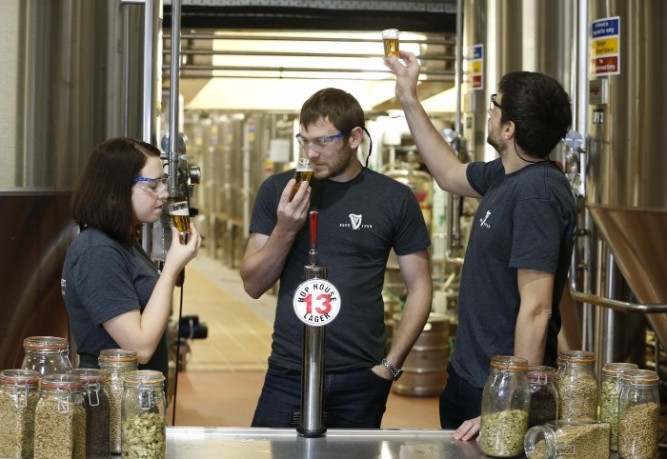 Diageo has announced the release of Hop House 13 Lager, the third beer from the brewers project at St James’s Gate. Named after an early 1900’s hop store building at the brewery where hops are still stored, Hop House 13 is a double-hopped lager made with Irish barley and aromatic hops. The lager is now on sale on draught in selected pubs across the country.

Guinness brewer Peter Simpson, who led the development of Hop House 13, said he personally enjoys more flavoursome beers, so he wanted to produce a lager with lots of character and flavour. After some months of exploring different recipes and collaborating with other brewers at St James’s Gate, the team created Hop House 13.

Brewed with Guinness yeast, Irish barley and hops from Australia and the US, the beer has a sweet fruity aroma, with hints of apricot and peach, and subtle malt notes breaking through. While full flavored, it is crisp and hoppy – but not bitter- and with a clean finish.

Hop House 13 is the third release from the brewers project, joining Dublin Porter and West Indies Porter, both of which are reinterpretations of original recipes from brewers’ diaries.