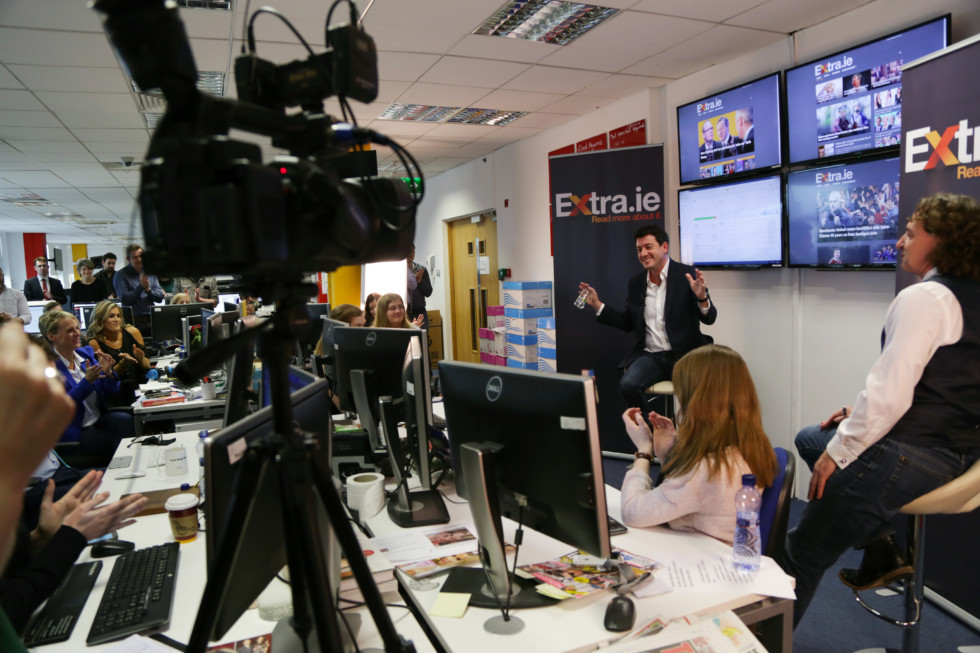 The publisher of the Irish Daily Mail and the Irish Mail on Sunday today officially launches a new mobile-friendly news site under the name Extra.ie following teaser ads in the trade press in recent weeks. DMG Media Ireland put Extra.ie online last month and has been building up interest from advertisers ahead of its official 17:17:17 roll out.

Extra.ie features news reports, sport, business and entertainment articles, produced by DMG’s journalists. It follows the launch three years ago of the showbiz and lifestyle-focused Evoke.ie. DMG chief executive Paul Henderson believes it is better to build new digital brands in Ireland than to try to do an Irish version of MailOnline.

“Nobody will know that this comes from DMG,” he told Laura Slattery of The Irish Times. “We want to take professional journalism and combine it with our data insights, and do it only for the small screen.” Most stories on Extra.ie will be told in a snappy 300 words, while not all Irish Daily Mail content will be repurposed for the site.

“There are things that will never translate,” Henderson added.

Extra.ie will be edited by head of content Garrett Brennan, who previously oversaw Evoke before the appointment of TV3’s Xpose reporter Sybil Mulcahy as Evoke editor last September. Henderson said he did not share targets for users or ad sales. “If I say I’m going to bake 10 buns and I only bake nine, people say that’s a disappointing bun-baking quarter.”

DMG will promote Extra.ie, which already has a social media presence, with more ads next month. Evoke.ie has built up a base of about 750,000 monthly unique users and its readers are “100 per cent female” and loyal to the site, Henderson said, with traffic tending to spike “after wine o’clock” in the evening. “We call them the Evokians,” he added.

DMG Media Ireland has 136 employees, with about 20 of the editorial staff on its digital desk. It is part of the Daily Mail & General Trust and is listed on the LSE. Above, Mindshare global digital boss Norm Johnston addressing staff at DMG Media Ireland’s offices.