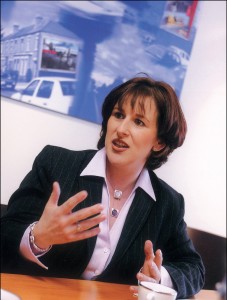 Niamh Cleary, former managing director of Ireland’s largest outdoor contractor, JCDecaux, has died after a long battle with cancer. She was a highly regarded and feisty figure who helped pioneer many advances in the poster industry, not least the development of the Joint National Outdoor Research (JNOR) industry data, which took many years to arrive but was widely praised by advertisers when it was launched five years ago.

She was at the forefront of her company’s operations for many years, first as sales and marketing director of David Allen for six years and then from 2001 in its rebranding as JCDecaux. The French-owned group revitalised outdoor in Ireland with a host of innovations, including illumination and public pay toilets.

Cleary, 44, was instrumental in the roll out of the Metropole and Metropanel formats, which have transformed the Dublin landscape and the new Luas columns. But undoubtedly her greatest claim to fame in recent years was the phenomenally successful JCDecaux bike scheme, developed for Dublin City Council (DCC).

Before joining David Allen, she travelled widely overseas in her role as marketing director of Butlers and Bewleys Irish Chocolates. She kept up close links with Butlers in later years. She is survived by her husband, Ciarán Mahon, her children Ryan and Ella and her stepdaughter Sian.

A mass to celebrate Niamh Cleary’s life will be held in the Church of Our Lady of Perpetual Succour, Foxrock, on Monday, July 19th at 11.15am, after which she will be laid to rest in Deansgrange Cemetery.