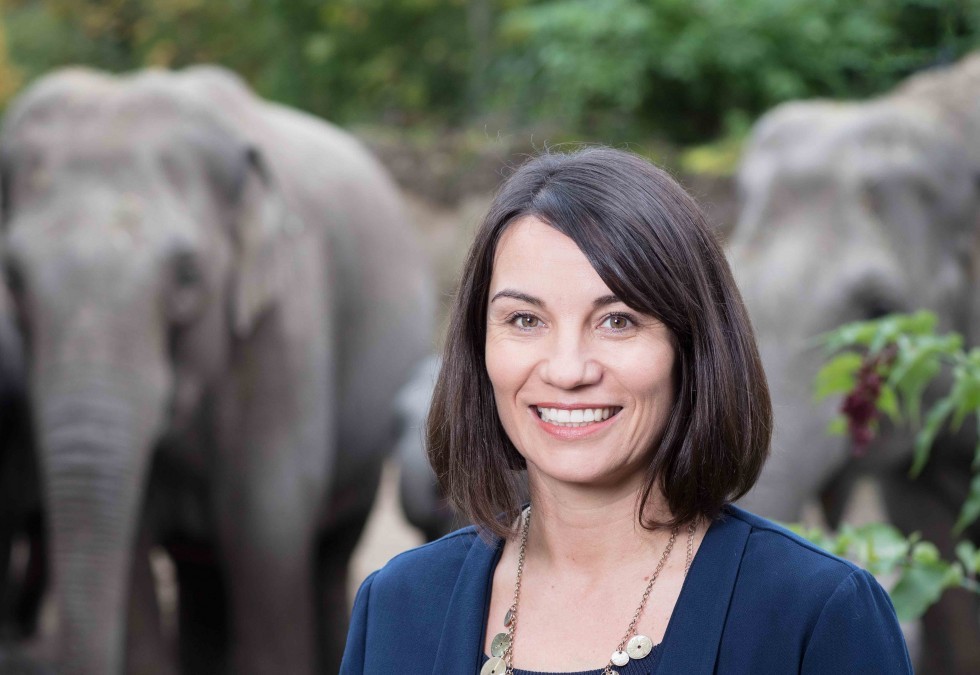 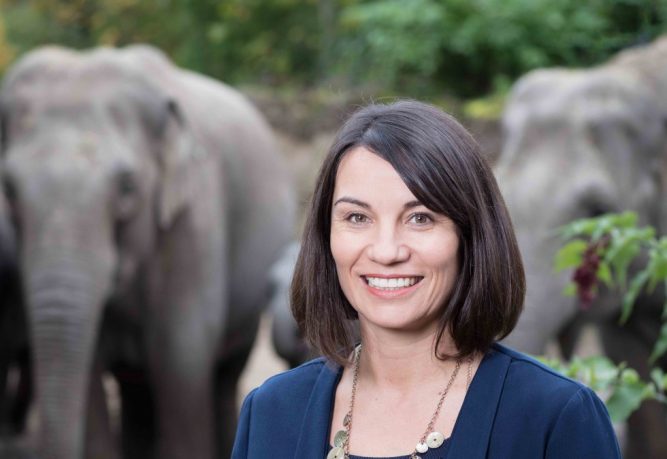 Emma Kiernan, marketing manager, Dublin Zoo, was named as the Marketer of the Year (MotY)at an industry lunch for her work in helping develop Ireland’s top family attraction and not-for-profit organisation which welcomes over 1.2 million visitors a year. As the person responsible for driving revenue, she rolled out The Zoo TV series now in its ninth season on RTÉ One and the Wild Lights winter nights’ experience.

Marketer of The Year™ is organised by Marketing.ie magazine and sponsored by Alternatives.

Kiernan defined Dublin Zoo’s bullseye target market as Irish mums, age 24-44 with children under 12. Comprising 67 per cent of footfall, they are time poor and seek experiences in a safe, outdoor, educational and tech-free environment. Price is not an issue for the cohort, belief and trust count. When Kiernan first joined the zoo in 2011, McVitie’s was the only sponsor, delivering €10,000 a year.

But Kiernan had to resist over-commercialising the zoo. Any marketing partnerships need to reflect the core brand values of education, conservation and family. As a charity, the zoo’s marketing budget was minimal. All ad spend was put on hold and the focus turned to PR and building media relations. Kiernan’s previous experience working with the Observer in the UK and Newstalk came in handy.

Editorial control of The Zoo TV series rests with Kiernan and her director, Leo Oosterweghel. They work with the Moondance production company in taking 250,000 Sunday night viewers on behind-the-scenes journeys with the zoo’s animals and their keepers. Key for series sponsor SSE Eirtricity is a recruitment offer to the zoo on the energy provider’s reward site which saw over 3,800 redemptions.

In 2017, Kiernan launched Dublin Zoo’s first night-time experience. Wild Lights saw the zoo’s pathways replaced by a lantern trail inspired by wildlife. With a meagre marketing budget of just €125,000, Kiernan looked to media sponsors for support. In return for tickets to Wild Lights, the zoo signed up 98FM and INM. The first year sold out at 190,000 tickets, with over €3m in revenue.

Kiernan was one of four finalists in the running for MotY 2019. This year’s other three finalists were PJ Brigdale, head of brand, An Post; Rossa Butler, marketing and operations director, Littlewoods Ireland and Una Fitzgibbon, marketing director, Bord Bia. Brigdale helped shape and roll out a new brand offering for An Post with a strategy aimed at making its consumer services more relevant.

An Post singled out its bullseye target consumer, whom they identified as ‘Ciara’ and TV presenter Angela Scanlon fronted the rebrand in the ‘For Your World’ ads. The new offering marked a move away from letter posting to parcel services, post office savings to banking and providing a new commercial model for Irish business. Brigdale’s career tip to people is to go abroad and get experience overseas.

Butler transformed Littlewoods Ireland’s position in the fashion, homeware and electrical market by moving from catalogues to mobile. The focus had been on TV but without all the other components linked up. Basing the new model on Spotify, his marketing team was upskilled and turnover doubled to €100 million. Customer satisfaction and trust in the brand improved considerably. His career tip?

Enjoy your job in the knowledge that marketing can prove challenging.

Fitzgibbon’s tip? Move from brand purpose to tech and learn to sell to machines.