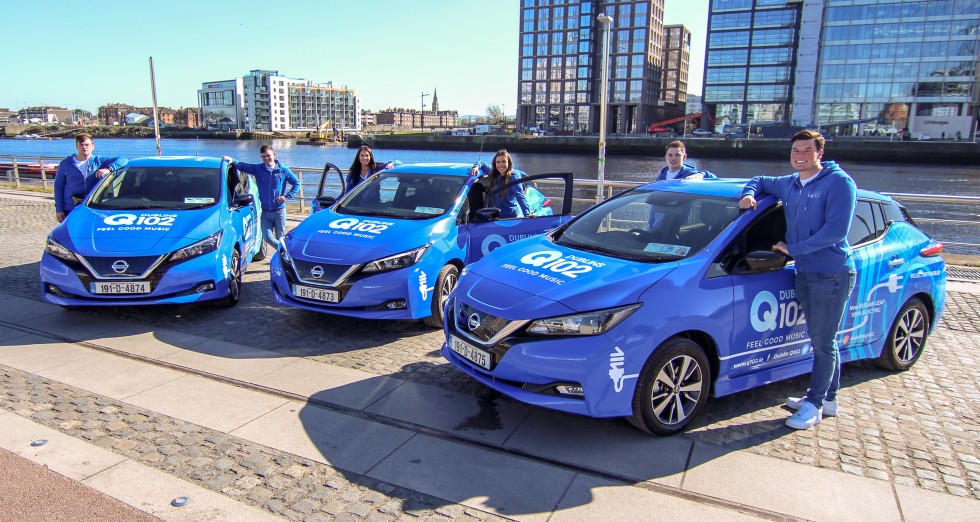 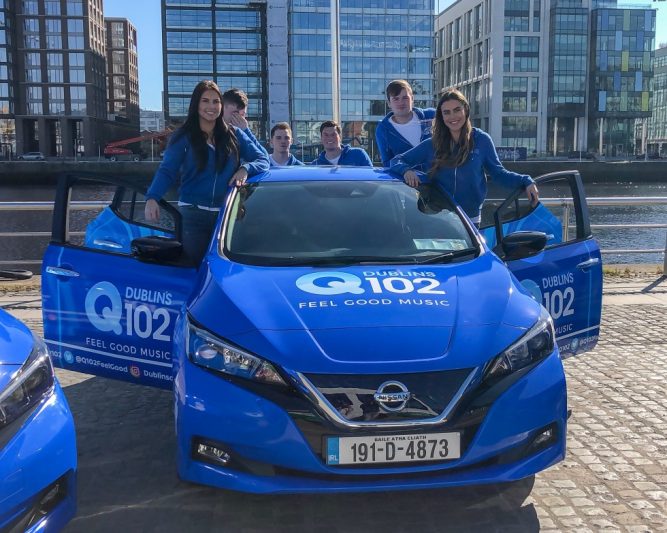 Dublin’s Q102 is going green by becoming the first radio station in the capital to make the switch to driving the 100 per cent electric Nissan Leaf. The station has taken delivery of three new Nissan Leafs to be used by its Blue Crew. Q102’s Margaret Nelson said the typical Q102 listener is a mother of two who wants a greener and cleaner world for her children.

With a range of over 300 kilometres on a single charge, the Nissan Leaf could reduce the station’s carbon footprint while saving it up to €6,000 a year in car running costs. Jeanne McGann, Nissan’s marketing and communications director, said the Leaf is the world and Ireland’s best-selling EV. Its ePedal function is ideal for driving around city streets.

It makes it easy to start, accelerate, brake and to stop the car with the throttle pedal.