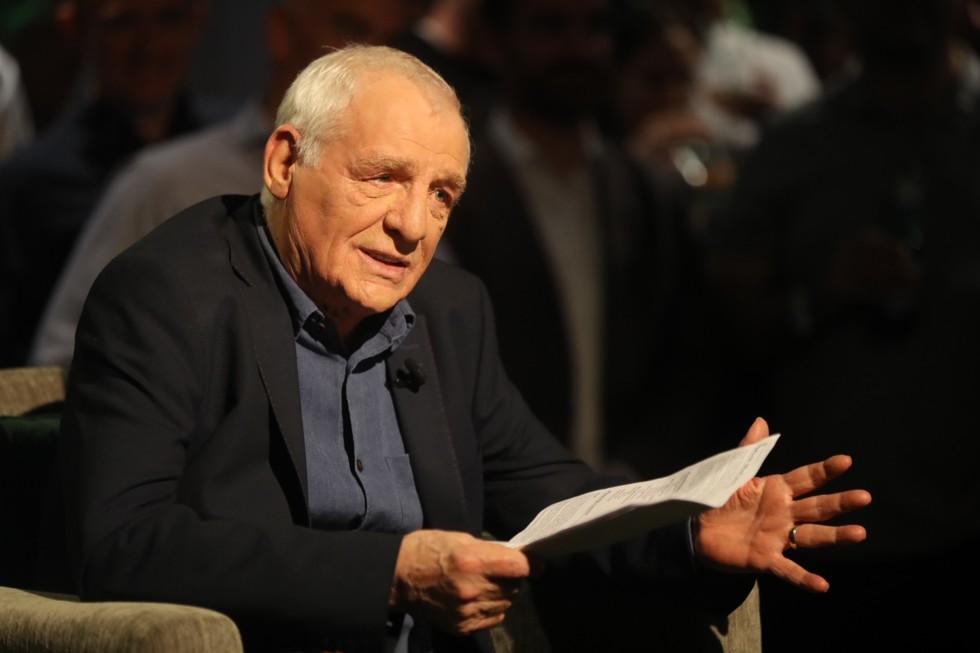 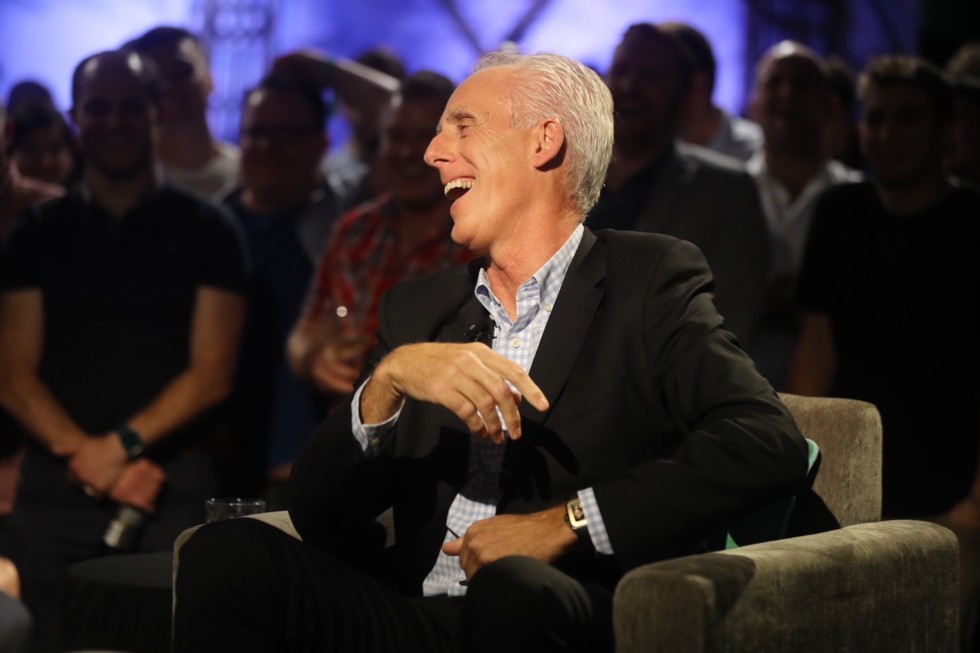 Football pundit and writer Eamon Dunphy comes face-to-face for the first time with his one-time  nemesis, reappointed Republic of Ireland manager Mick McCarthy, in the first of a new series of interviews with major sports stars on Eir Sport. Called Head2Head, the series, which kicks off at 10pm tomorrow, was the brainchild of bookmaker Paddy Power.

Eamon Dunphy has been one of Ireland’s most incendiary personalities for 40 years. The archtypal  mischief maker, Dunphy’s interviews are characterised by strong opinions, occasional fiery clashes, tears, laughs and moments of honesty as the ex-Millwall midfielder sits down with McCarthy, Robbie Keane, Ruby Walsh, Graeme Souness and Tomás O Sé.

Recorded over five nights in September at the pop-up Paddy Power Museum of Mischief on St Stephen’s Green in Dublin – as the brand celebrated 30 years in business, it is claimed that viewers are invited to eavesdrop on a candid 30-minute conversation, where no topic – not even Saipan, when Dunphy was firmly in the Roy Keane camp – was ruled out of bounds.

Head2Head was directed by Maurice Linnane, who has worked with U2, Amy Winehouse, The Rolling Stones and on The Tommy Tiernan Show, Cutting Edge with Brendan O’Connor and Second Captains. Michelle Spillane said that as a brand Paddy Power are always looking for new partnerships and platforms to bring unique content to audiences.

McCarthy opens up on how he offered an olive branch to Roy Keane after Saipan and how he handled the situation during the 2002 World Cup. Now Ireland manager for a second term, he also discusses the influence of his dad in Barnsley, captaining Ireland and the fallouts that ensued, including being picked ahead of Dave O’Leary when Jack Charlton was gaffer.

Ireland’s record goalscorer and now assistant to McCarthy discusses goalscoring, how he struggled to understand Glenn Hoddle’s tactics at Spurs, why he loved playing for Ireland under Trapattoni and how he overcame his difficult time at Liverpool. Robbie also chats about his stint in LA with David Beckham and the support of his wife, Claudine.

The Kildare man is the winning-most jockey in the history of the Cheltenham Festival. In this interview with Dunphy, Walsh talks about winning the Aintree Grand National on Papillon in 2000, following one of the biggest gambles in history. For the first time, he opens up on his education and his decision to get into the saddle at such a young age.

The Scotland midfielder made 359 appearances for Liverpool between 1977 and 1984, leading them to three European Cup and five English League titles. Souness speaks about Liverpool’s chances of winning the Premier League, why he rates Jurgen Klopp highly and shares stories from his days at Rangers, Newcastle, Sampdoria, Blackburn Rovers and Galatasaray.

The Nemo Rangers and Kerry legend – who retired in 2013 and is now a respected pundit – talks about his famous GAA family and the Kingdom’s current poor form. After watching Dublin become a dominant All-Ireland force, Dunphy asks O Sé if Kerry can make a comeback, as well as what the multiple All Star winner really thinks of the Dubs.