Emirates signs up to Irish Open 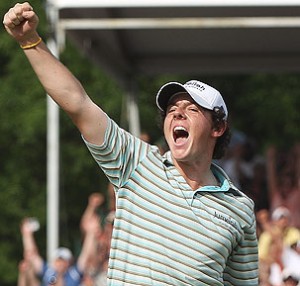 Emirates has announced its first sponsorship in Ireland by becoming the Irish Open’s official airline for the next three years. This year’s tournament takes place in Royal Portrush from June 28 to July 1. Among the Irish players taking part are Rory McIlroy (above), Graeme McDowell, Darren Clarke and Padraig Harrington. The deal includes course branding, tournament hospitality, advertising and a team in the tournament’s pro-am. Emirates is the official airline for 14 other golf tournaments, half of which are on the European tour.

Emirates sponsorships known to Irish consumers include official carrier to the Dubai World Cup horse race and ties with Arsenal FC. The airline flies daily from Dublin to Dubai. Its Boeing 777-300ER aircraft carries the ice entertainment system with over 600 channels and gourmet-chef prepared food. A complimentary chauffeur-drive service to and from the airport is provided for first class and business class passengers.

The airline has 123 destinations, including Australia, India, Seychelles, Thailand and South Africa, with just the one stop in Dubai. Luggage allowance on economy is 30 kilos, business class allows 40 kilos and first class 50 kilos. All passengers can check in one set of golf clubs and one pair of golf shoes free of charge. Emirates is currently running a global advertising campaign with the slogan ‘Hello tomorrow’.

MediaVest handles the account in Ireland and Grayling works on the airline’s PR.