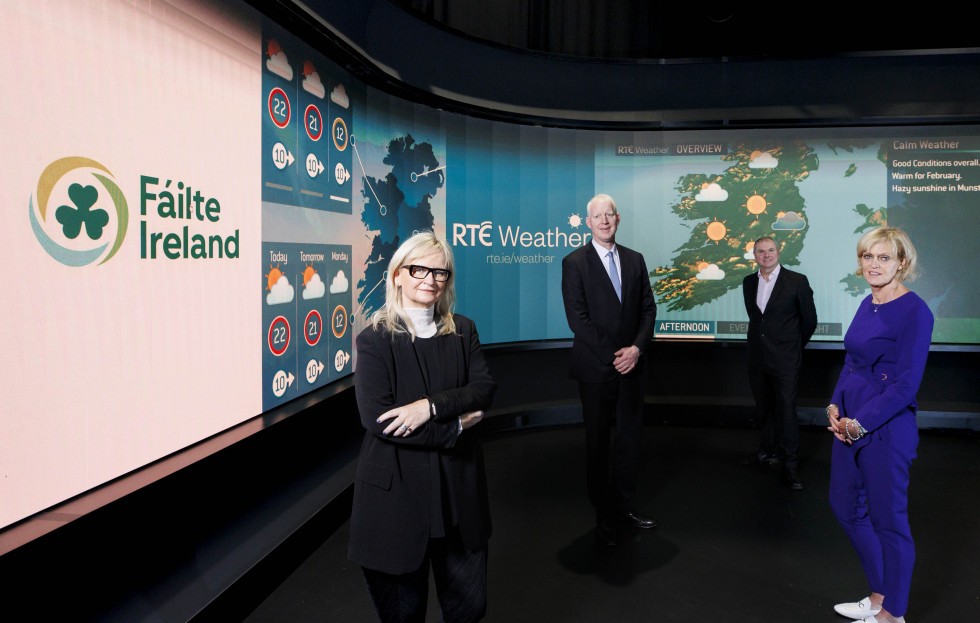 Staycation marketing body Fáilte Ireland will come on board as sponsor of RTÉ Weather bulletins from the start of January in a three-year deal brokered by Mindshare, the value of which was not disclosed by either party. The sponsorship will form part of Fáilte Ireland’s ‘Keep Discovering’ campaign targeting hundred of thousands of Irish viewers each week.

Pre and post roll stings will feature around all TV, online and social forecasts, including sponsorship of the RTÉ Weather & Climate podcast – with over 100 weather forecasts a week. Since January of this year, the bulletins after the RTÉ One and RTÉ One +1 news reached 84 per cent of all viewers, with exposure to a 3.7 million audience at least once in that time.