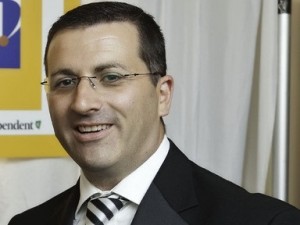 Initiative managing director Paul Farrell has been promoted by Interpublic to the new position as head of IPG Mediabrands in Ireland. A statement issued by IPG Mediabrands, which controls a $34 billion global media buying portfolio, said Farrell’s appointment is part of a strengthening of its European presence and the establishment of “a fresh, new approach in Ireland bolstering the capabilities of its network agencies”.

From the start of the new year, IPG media agencies UM (Universal McCann), Initiative and IPG Mediabrands will operate from Iveagh Court in Dublin. Farrell will report to Eric Bader and Jim Hytner, G14 presidents of Initiative and UM respectively. Before joining Initiative earlier this year, Farrell was group commercial director at The Irish Times for four years. Prior to that, he spent almost five years as marketing director at O2 Ireland.