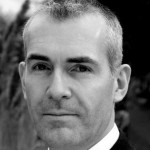 io also handled Opel up until recently. It has since moved to Rothco, the agency with which Baxter worked before going out on his own. The io group opened offices in London and Los Angeles. Sister agency, Ocean PR, was run by Elisabeth Fitzpatrick, now at WHPR. Several Ocean clients have moved elsewhere.

Baxter, who founded Robot & Child, is based in LA with his actress wife, Victoria Smurfit, and family. Run by Edelle Gorby, Acorn is regarded as one of Ireland’s top direct response agencies. It was recently named agency of the year at the An Post Direct Marketing Awards for the second year running.