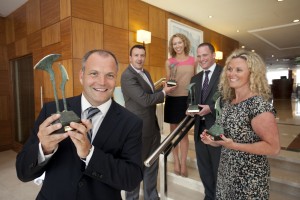 Pembroke Communications has for the second year in a row emerged as the most honoured agency at the PRCA Awards for Excellence in Public Relations. The firm, run by former Dublin footballer Michael O’Keeffe (pictured), again topped the honours by winning four categories, including the consumer award for campaigns with budgets of €12,000 or under. The award was for Dublin GAA’s ‘Putting a Spring in the Dubs Step’.

The agency’s other three wins were in the corporate communications B2B, digital media relations and charity/not-for-profit categories for the Ireland-France Chamber of Commerce, Bord Gáis Energy and Paralympics Ireland respectively. WHPR was also a major winner this year, taking three awards, including the corporate communications support of organisational values award for Diageo’s Arthur Guinness Fund 2011.

The WPP agency also took top honours in the integrated category for 3 Ireland’s S’Up campaign with Jedward and the events section, for budgets between €12,000 and €25,000, for the St Patrick’s Festival at the Guinness Storehouse. Fleishman-Hillard won the consumer category for budgets over €25,000 for last year’s Solheim Cup, as well as the public affairs category for the Irish Internet Association’s critical skills retention policy.