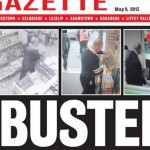 Dublin Gazette Newspapers, publisher of free newspapers in the greater Dublin area, is to launch a city edition for the city centre and the capital’s bordering suburbs next month. DGN group editor Mimi Murray says the aim is to make the new Dublin City Gazette the focus of its seven weekly titles. Murray says it will increase the group’s total weekly in-store circulation from 41,000 to 60,000 and bring readership to 210,000.

As from next month, DGN will report to ABC on a monthly basis. The new title will cover all the main shopping streets in the city centre, including Henry Street, Grafton Street and O’Connell Street, as well as suburbs from Sandymount and Rathgar on the southside to Coolock and Finglas on the northside. Last September,  the High Court  approved the examiner’s recommendation that DGN should be allowed continue to trade.

DGN previously published eight free newspapers in Dublin, stretching from Malahide on the northside to Dun Laoghaire on the southside, with other group titles covering local news and events in the Swords, Blanchardstown, Dundrum, Castleknock, Lucan and Clondalkin areas. The High Court decision followed confirmation that as part of the rescue plan The Irish Times was no longer a shareholder in DGN.

The Times previously owned nearly two-thirds of Gazette and invested €3.5 million. When the group went into examinership last June, the Times was owed €92,000 for printing. The three remaining shareholders said they were prepared to invest €200,000 in the business and take full control of the company.

The shareholders are chartered accountant Mary Leane, Texas oil and gas businessman Tom Kelley and Michael McGovern, who worked with Saatchi & Saatchi and Doherty Advertising. DGN was first launched in March 2004. Its titles have a combined readership of 169,000 (TGI Ireland 2012).

The current ABC figure for DGN stands at 40,359 papers per week.