The Genesis marketing agency run by former Dimension directors Gary Joyce and Roddy Rowan has been appointed by the Institute of Advertising Practitioners of Ireland (IAPI) to carry out a review. Joyce is a well known marketing consultant and is a former advisor to Fine Gael and non-executive chairman of ACC Bank. 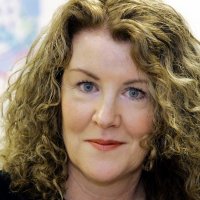 In 1994, Joyce, pictured, was appointed by the government to the Right to Remarry campaign and was on the boards of Today FM, the National College of Ireland, the Irish Museum of Modern Art (IMMA) and the Arthritis Foundation. She is on the board of Concern and Empathy Marketing, better known as Pigsback.com.

McConnells bought Dimension in 1993 and the business was later merged into the lead agency.

The IAPI review is based on an analysis of the institute’s strategy and operations. Three other agencies pitched for the contract.  IAPI has launched a news series of talks for members. The first talk will be given by social psychologist Dr Kenneth McKenzie, strategic planner at Owens DDB, in the IAPI offices at 8am on March 23.