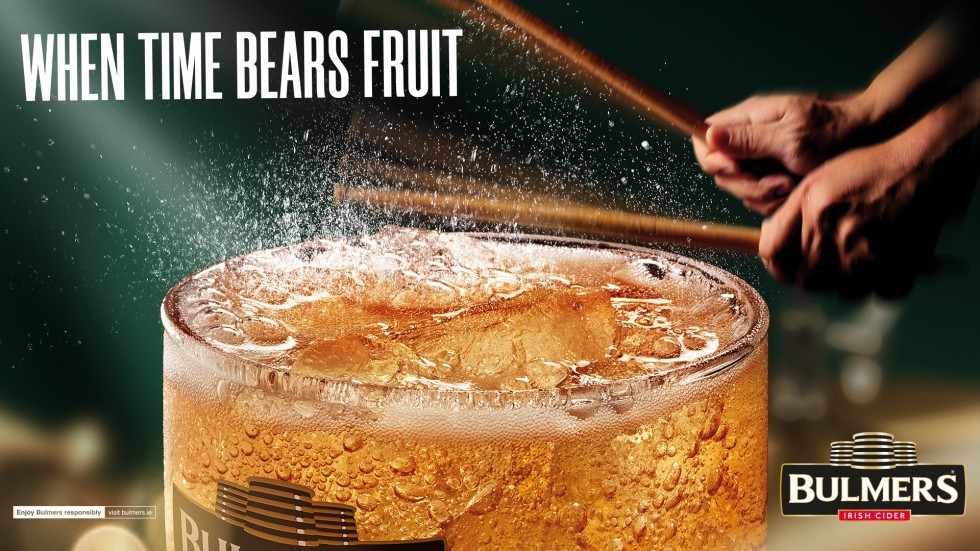 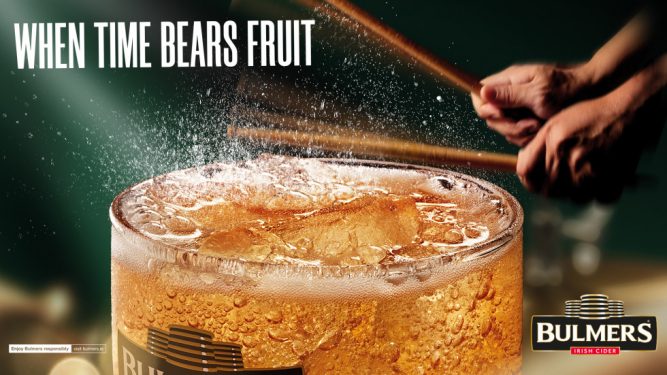 C&C has launched a new campaign for Bulmers Original Irish Cider called ‘The Drum – When Time Bears Fruit’. The ads highlight the drink’s 18-month fermentation and dedication to craft. C&C launched  a new addition to the Bulmers family, namely Bulmers Rose. The campaign also includes out of home (OOH), video on demand (VOD) and social media.

The campaign’s TV ad, created by Goosebump, was filmed and produced in Bond Street Studios, directed by Conor Maloney of Cashmere Media. It features a percussive soundtrack and plays on the idea that patience is a virtue, something Irish consumers are well aware of as the country tentatively slowly reawakens from its pandemic slumber.