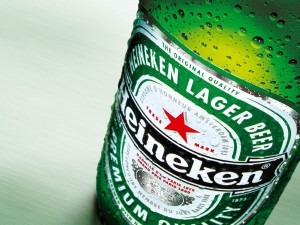 The Heineken ‘Get in the Game’ poster campaign entered by Starcom and created by Rothco in tandem with Thinkhouse, CKSK and Kinetic won the grand prix at the 24th outdoor advertising awards presented by the OMA. The campaign also won the best heavyweight spend campaign for work valued at over €150,000 and the integrated and other media award category at the poster industry awards in the Shelbourne hotel.

The Irish Independent was the runner-up in the heavyweight spend category for ‘Choices’, created by Irish International and with media by Starcom and Source ooh.Vodafone Bavaria City was the winner for OMD in the best lightweight to medium spend category, while Miller Genuine Draft by MEC was the runner-up. Radio Nova’s ‘Seriously Addicted to Music’ by Bloom/IPG Mediabrands won the best creative newcomer.

On the best newcomer media planner front, the winner was Mediaworks for Liberty Insurance ‘Hello’. McDonald’s Iced Fruit Smoothies was the runner-up in both the creative and media planner categories for Mediaworks and Cawley NeaTBWA. Irish International and Carat were rewarded for Guinness ‘Welcome Home’ in the best poster design category. The runner-up was Power’s ‘It’s Ours’ by Boys and Girls/Vizeum.

Batchelors ‘Sexy Farmers’ won the best integrated and online category for Starcom and the runner-up was 48 ‘Go Conquer’ by MediaVest. Sky Broadband, with work by MediaCom and WCRS, was runner-up in the best integrated and other media category. Eason ‘s ‘Virtual Shop’ by Irish International/OMD was voted the most innovative work. The runner-up was the Irish Independent ‘Phone Booth’ by Irish International/Starcom.

Mindshare was the OMA’s top-spending agency.