Independent News & Media (INM) is to cut the price of the Evening Herald by 20 per cent from €1.20 to €1 from tomorrow, following the government Vat rate reduction. Herald editor Stephen Rae said the Vat drop would have knocked five per cent off the cover price, but they decided to go the extra 15 per cent to promote circulation. 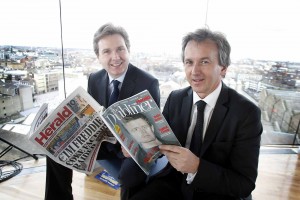 “The paper has been outperforming the market for some time now,” Rae told Marketing.ie, ” and our run of press count is up ten per cent. That’s mainly down to the paper’s repositioning in the mid market. The price initiative will drive sales and put us in an even healthier position.”

Other newspapers and consumer magazines are reducing their prices in line with the Vat rate cut.